Puppy factories took a hit in the Kyneton Magistrates Court, Victoria, on February 29, 2012. A $14,000 compensation claim against Patty Mark for ‘breeding losses’, due to Animal Liberation Victoria‘s rescue of three dogs in pitiful condition, was withdrawn. Patty stated to media outside court “The result today was justice for the dogs. We’re pleased the claim for compensation against our activists for rescuing dogs from a puppy factory was withdrawn.” 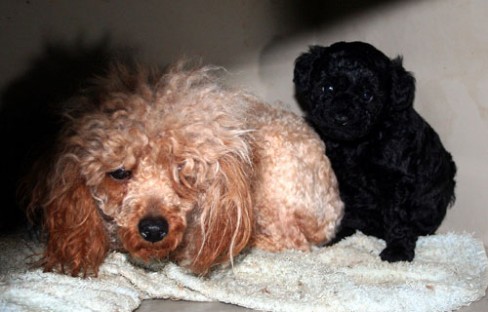 Patty further stated outside court, ‘this is a good result for rescuers who put their own freedom on the line to liberate dogs in dire circumstances. The public should be aware that if they are buying a puppy online or in a pet store they are almost definitely supporting puppy factories. These dogs we rescued are only three out out of thousands, we are going to keep working to shut down all puppy farms.

END_OF_DOCUMENT_TOKEN_TO_BE_REPLACED 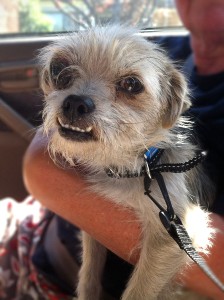 This little puppy was rescued today from a ghastly situation

His mother is a guard dog neglected by her owner who doesn’t even feed her. As a result she’s been eating her puppies to stay alive! The puppy was the only one left and was saved by two caring individuals who persistently begged the owner to release him to them.

He’s had trauma to the eye, left untreated, and has been taken to the Melbourne Uni Vets in Werribee today to see if his eye can be saved. He will also receive a microchip and be neutered at a later visit.

Despite being through an unimaginable ordeal the little pup has a very calm and friendly temperament and loves being patted and held.

His rescuers are unable to keep him. If you are able to adopt this lovely puppy or be his foster carer please contact us now at enquiries@alv.org.au

Thank you for your support. 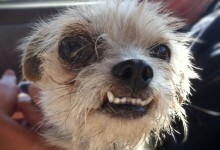 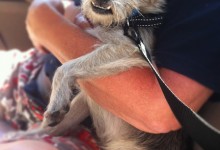 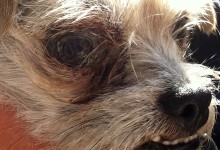 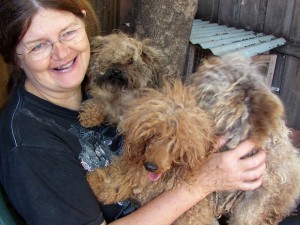 Animal Liberation Victoria Founder Patty Mark is in court again tomorrow for the rescue of Oscar, Tillie and Waldo from a puppy factory. All three rescued dogs suffered malnutrition, dental disease, ear infections and matting (they had to be shaved under anaethetic). Patty Mark refused to pay the $750 fine for taking these dogs (she took them straight to a vet.) She’s now back in court on Wednesday when the owner of the puppy factory is seeking $14,000 compensation for the dogs and loss of earnings. You can watch the video of their rescue below and read more on the ALV website.

The Queensland Government is moving to wipe out puppy farms in the state, saying time is running out for unscrupulous dog farmers.

The new system, developed with the help of animal welfare groups, will mean dog breeders must comply with very high standards for canine management, breeding, rearing, health, housing and record-keeping.

Mr Mulherin says every dog will have a micro chip so it can be traced back to the breeder.

“In addition, all microchips will include the breeder’s information and the dog’s mother’s micro chip number. This will allow authorities to more easily identify puppy farms and trace the origins of the puppies.

“These notorious operations generally have very poor conditions, sometimes with hundreds of dogs, and fail to meet any of the dogs’ behavioural social needs.

“With the proposed new breeder registration system, these unscrupulous puppy farms will be squeezed out of the market.”

Fantastic news out of Ireland, puppy farming has banned – with harsh penalties now imposed on anyone who breaks the country’s new laws. Read more. Hopefully Australia will not follow far behind. 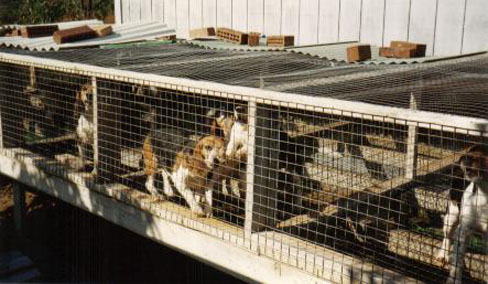