This is the story of Bo, one of the 13 traumatised dogs surrendered to Animal Liberation Victoria 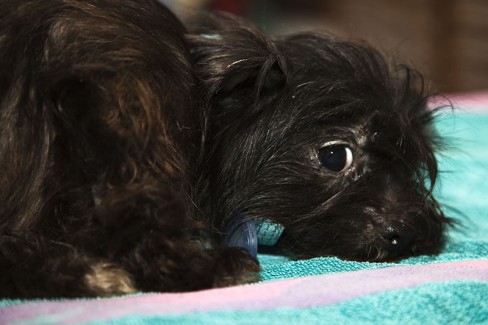 When I first saw Bo she was frightened, anxious, intimidated and overwhelmed. She was so terrified and mistrusting of humans that when I first picked her up she urinated all over herself. The vet said Bo was around a year old and had already had a litter. In her brief life she had already been exploited, abused, and betrayed on every level.
END_OF_DOCUMENT_TOKEN_TO_BE_REPLACED

A front page story in today’s Sunday Herald Sun newspaper features photographs taken by Uproar and ALV investigators. The story details how massive new fines, jail terms and unprecedented powers to shut down illegal puppy farms will be introduced in Victoria in a crackdown on animal cruelty. The legislation is a huge step in the right direction, but we need puppy farms shut down, not regulated. An unwanted dog is killed every four minutes in Australia. 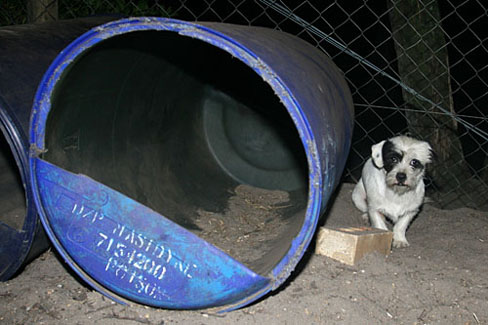 A year ago the Moorabool Shire Council and Barwon Water rejected Robert Attard’s application to build a puppy factory in Ballan. Thank you to the many ALV supporters who objected to this cruel permit application.

We now need as many people as possible to help reverse this deplorable decision by VCAT. Please take action and write to the Victorian Premier Ted Baillieu and Planning Minister Matthew Guy.

Please help prevent the expansion of a puppy factory by submitting an objection to the Pyrenees Shire Council ASAP.

We have prepared a draft objection below, please email to pyrenees@pyrenees.vic.gov.au. Feel free to reword the letter and ensure you include your name and address. Thank you! 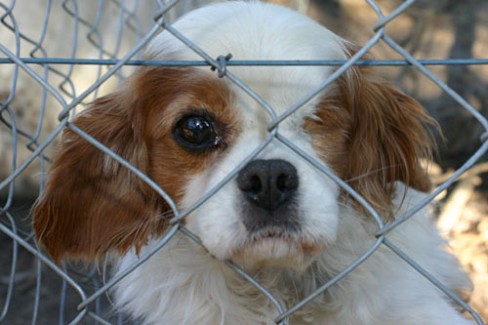 END_OF_DOCUMENT_TOKEN_TO_BE_REPLACED

Animal Rescue in the Herald Sun