Dogs are suffering in this Longwood puppy factory in the Strathbogie Shire Council.  The owner is registered by the Council and is a registered breeder with Dogs Victoria. She sells her dogs online, and after seeing the poor conditions they suffer it really shows how out of control the cruel business of farming puppies really is.

Please watch the below video footage from ALV’s recent investigation at this factory.
Note: Healey’s Puppy Factory is the first place featured on this video between 00:28 – 1:07 ‘November 2010, Central Victoria’.

1) A chihuahua male pup who was around 14 weeks old and only weighed 800 grams, the puppy farmer brought him out from a room in the back and said she was “waiting for him to die”.  The pup was taken to the Melbourne University Vet Clinic for immediate expert care.  He was underweight and had hydrocephalus and vertebral scoliosis, both of which are being treated. Most importantly,  for his immediate survival, and to help this treatment he is gaining weight with the loving care and devoted attention of his new family.

2) Another chihuahua, a female around 11 months old, was taken from one of the ‘cots’ inside the house.  Her eyes weren’t aligned correctly for breeding so she was being sold at a ‘discount’.  This little girl can only walk in small squares… the size of the cot that was her whole life.  She doesn’t even know how to go down a small step and has to be carried.

3) The third dog is a two and a half year old female who has a misaligned jaw and wasn’t suitable for breeding so was put in one of the outside runs and forgotten.  The vet commented that this dog looked very typical of dogs kept continually on concrete runs as both her back paws had hardly any nails left, while her front claws needed to be clipped. The dogs filmed in the outside runs (over 50) were jumping up continually with their front claws against the wire of the pens and their back two paws on the concrete.   The vet noticed her skin was in poor condition and she suspected this was due to a bad diet without wet food. When she was first offered a bone she had no idea what it was.

None of the dogs understand affection, and are severely traumatised 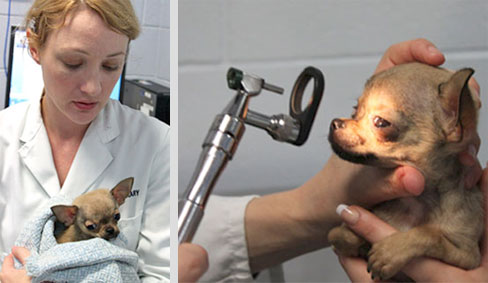 The Suffering Is Ongoing!

ALV ironically heard from another member of the public shortly after appealing to the Strathbogie Council to investigate this puppy factory. This person had also complained to the Council over a year ago with photographs and video footage evidence.  Nothing was done to help the dogs.  This woman spent thousands of dollars buying dogs in an ‘effort to save them’ and also took in a 300 gram puppy that the owner of the property had in a cardboard box, and was also ‘waiting for him to die’. 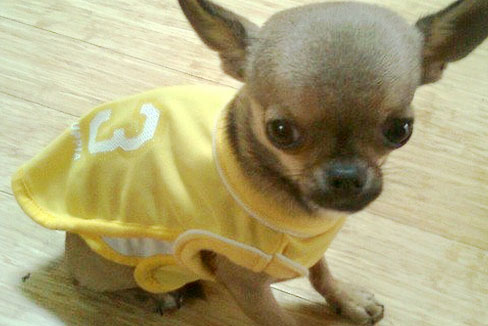 Tink was one of the lucky puppies to be rescued

Email the Stathbogie Council Mayor asking that the Healey Puppy Factory in Longwood be closed down. Ask for a reply and an assurance that something will be done to help these dogs.